Role on the wall for a farmer in the chapter...

We would like for the children to complete a roll on the wall of a farmer from chapter 2. Role on the wall's are a great way for children to practice their inference skills as it requires them to be able to use clues from the text to reflect on how the character feels and why.

An example might be that the children write the emotion of 'rage' inside their role on the wall. around the outside they would write 'his tractor was stolen'.

Below is a role on the wall template that can be used if needed :) 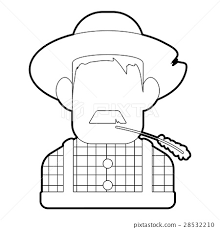